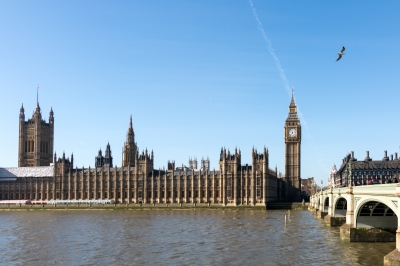 Ten leading organisations representing the UK’s thousands of contractors and freelancers have written an open letter to Boris Johnson and Jeremy Hunt. The letter calls on them, if they win the leadership campaign and become Prime Minister, to stop the Government’s “war on contracting”, to instead work with the sector and to support the UK’s flexible economy.

The Stop The Off-Payroll Tax campaign, the Loan Charge Action Group, the Freelancer & Contractor Services Association (FCSA), ContractorCalculator, Contractoruk.com, Freelanceuk.com, IT Contracting, Prism, the Forum of Private Business and WTT Consulting/WTT Big Group have come together to take a stand on behalf of the UK’s thousands of contractors and freelancers.

The letter says that all political parties, including the Conservative Government, should celebrate and support the contracting sector. Contractors and freelancers are vital for many UK businesses, but “the sad truth is, that recent policies of this Conservative Government’s Treasury, have not supported the sector and the many businesses who rely upon it, but have instead actively undermined it”.

The Treasury, under the current Chancellor, are accused by the signatories of waging a “war against contracting” – pushing through policies that are will do huge damage to the flexible workforce. Two specific policies are singled out; the Off-Payroll Tax (the controversial IR35 ‘off-payroll rules’) and the draconian Loan Charge, which has left thousands of contractors and their families facing bankruptcy and ruin.

The joint letter states that it is widely recognised that the IR35 legislation is deeply flawed. Despite previously expressing opposition to it, the Government is now planning to introduce the Off-Payroll Tax to the private sector. This will mean a 14.3% stealth tax on business and many UK contractors will be replaced with cheaper offshore workers instead. Already, significant damage has been done to the public sector with the ‘off-payroll rules’. Many contract and freelance workers in the public sector have been wrongly and unlawfully blanket-assessed as ‘disguised employees’. Such workers then face paying unfair levels of tax without any commensurate employment benefits or job security.

The letter states that the concept of flexible workers being classified as employees for tax purposes only, but without any of the normal employee protections and benefits of security, is absurd. It is contrary to the Good Work Plan and is grossly unfair on the workers.  It says, “Yet here we have a Conservative Government undermining this important principle by inventing a new employment classification of “employed but with no employment rights…solely so HMRC can force them into the PAYE system when it is clearly not appropriate nor fair”.

The letter from the ten organisations also slams the “outrageous and retrospective” Loan Charge as “a shocking changing of the law that barristers and MPs have described as overriding established statutory protections for individuals and undermining the rule of law in order for HMRC to have a second bite-of-the-cherry simply because they failed to open tax enquiries over a decade ago”. The letter also highlights that MPs have been grossly misled by HMRC on the matter of the Loan Charge. This was a key conclusion of the Loan Charge Inquiry Report published by the All-Party Parliamentary Loan Charge Group (Loan Charge APPG), which now has over 150 members – both MP’s and Peers. [Link] The Loan Charge APPG is fighting the injustice of the Loan Charge and standing up for affected contractors and freelancers. The officers of the Loan Charge APPG have written to the Chief Executive and Permanent Secretary of HMRC, Sir Jonathan Thompson, to object to the clear ways in which HMRC have been misleading MPs and Peers about the Loan Charge. [Link]

The letter concludes by asking of the two candidates, Boris Johnson and Jeremy Hunt, “We, as organisations who either represent contractors and freelancers, or who operate in this sector, are urging you, as the person who will become the new First Lord of the Treasury, to stop this war on contracting. We urge you to pause, to listen and to change course and suspend and review the Loan Charge and halt the roll-out of the Off-Payroll Tax to the private sector and instead ask the Treasury to sit down and work with the contracting and freelancing sector to look at how best to recognise contracting and freelancing in our economy, to the benefit of all.

The organisations, which count tens of thousands of contractors and freelancers as members, supporters and clients state that “the support of hundreds of thousands of such workers, recruiters and businesses depends on this”.

Commenting, Dave Chaplin, Director of the Stop The Off-Payroll Tax campaign and CEO of ContractorCalculator said:

“The contracting and freelancing sector has had enough of this Government’s war on contracting, with the Off-Payroll Tax and the Loan Charge both being direct attacks on the UK’s flexible workforce. Contractors and freelancers are hugely important to many businesses, yet instead of supporting this important sector and following the Good Work Plan, the Government instead are undermining it and damaging the economy as a result.

“On behalf of hundreds of thousands of contractors and freelancers, we are calling for the next Prime Minister to stop this war on contracting and to instead sit down with the sector to discuss with us all how best to recognise and celebrate the UK’s flexible workforce”.

“The Loan Charge Action Group is delighted to work with leading organisations representing contractors and freelancers. The whole sector is clear that this Government must change course and stop attacking us, starting with dropping the draconian Loan Charge and the crippling Off-Payroll Tax”.

“The next Prime Minister must listen and work with the contracting sector rather than undermining it. The complexity, unfairness and administrative burdens that the off-payroll proposals will bring to supply chains will be damaging to the UK economy, damaging to the flexible labour market, damaging to the recruitment sector and damaging to the workers it will impact.

“At this time, it is absolutely critical that the UK remains an attractive place to do business, so bulldozing ahead with the off-payroll reforms would be very irresponsible to say the least.”

“When the Labour Government introduced IR35 two decades ago, it was deemed to be a very anti-enterprise measure. It is poorly thought-out, unfair, riddled with ambiguities, and has been a thorn in the side of the contracting industry ever since.

“It is hard to believe that the ‘party of business’ has not only left IR35 in place since 2010 but has decided to make it even more toxic, thanks to the off-payroll tax. If you could dream up legislation designed purposefully to alienate the huge army of professional contract workers in the UK, including many potential Conservative voters, this is it”.