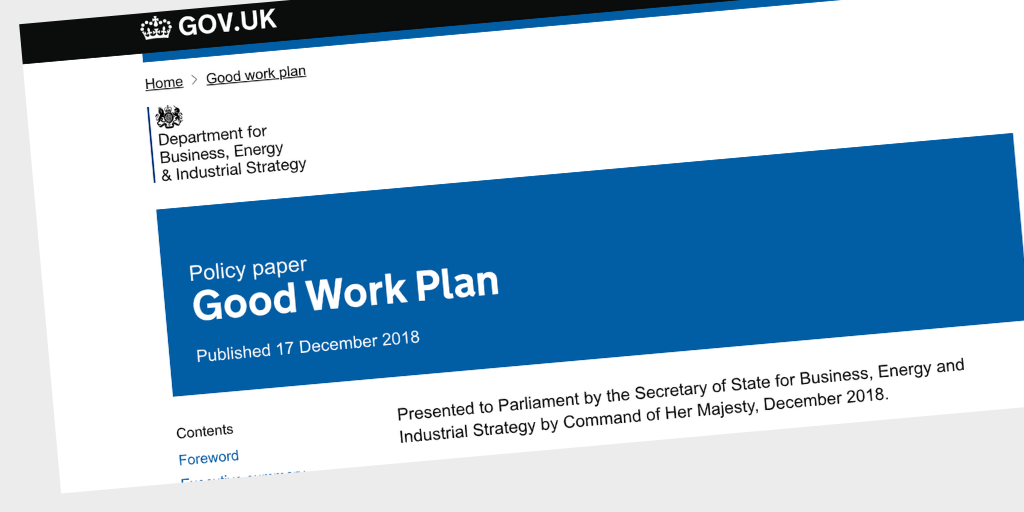 A new workers’ rights single enforcement body for employment rights is to be set up the government has said following a lengthy consultation on ‘The Good Work Plan’.

The new body will combine the roles of the existing labour market enforcement bodies to deliver more effective enforcement of employment rights for vulnerable workers.

In addition to enforcing the powers that the bodies currently have it will also be given new powers to tackle non-compliance with the introduction of civil penalties for underpayment for breaches under the gangmasters licensing and employment agency standards regimes that result in wage arrears.

It will also have powers to enforce statutory sick pay, holiday pay – removing the need for vulnerable workers to use employment tribunals to remedy – and transparency in supply chains/modern slavery statement reporting.

Commenting on the government’s announcement, the FCSA said:

“The FCSA welcomes the announcement that the proposed single enforcement body will have a remit to police the umbrella sector with a further emphasis on ensuring holiday pay for vulnerable workers is protected.

The FCSA has long campaigned for regulation and specific legislation that further protects the agency and contractor workforce. There is now a clear statement from Government that umbrella regulation and the route to policing that regulation is on its way.

The Government’s response is also clear that the merging of the separate bodies is not a money-saving exercise, and that further funding will be announced in the next spending review. This will be the key indicator of whether the Government is serious about driving out exploitation within our sector. The Government should be under no illusion that effective policing aimed, we hope, at rogue operators will require considerable investment.

The FCSA look forward to assisting the Government in progressing this agenda and ensuring it remains a pressing priority.”

Creating this new body will be subject to the usual government approval process. Primary legislation will also be required.

You can read the full outcome of the consultation here