Annual leave and holiday pay for umbrella employees – Back to basics 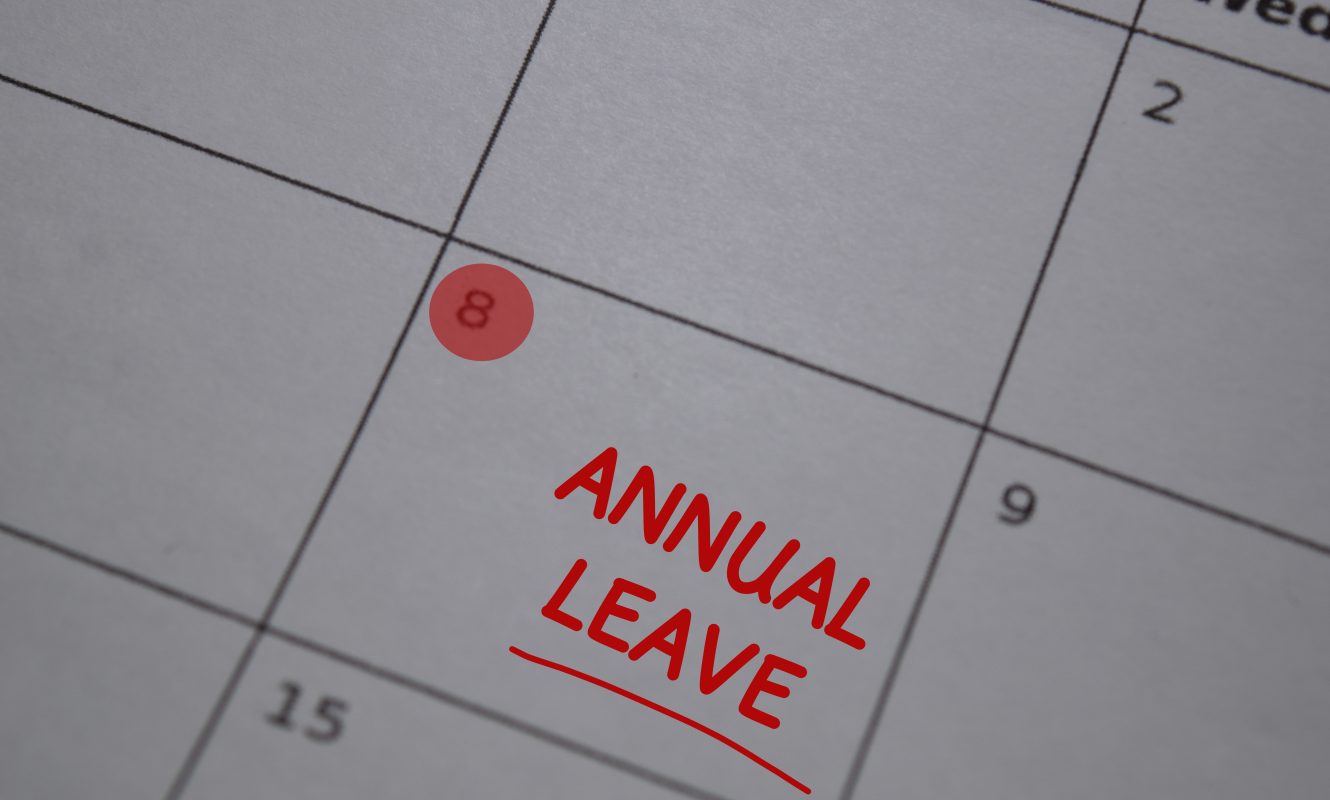 The right to take paid time off work for rest and relaxation is a fundamental principle of UK employment law. It would, therefore, not be unreasonable to expect the calculation of a worker’s annual leave and holiday pay entitlements to be straightforward.

Unfortunately, as most employers know all too well, the calculation is not straightforward at all. Furthermore, the position is significantly more complicated when it comes to the temporary labour sector.

In this series of articles, Brabners LLP will review the current statutory framework for calculating holiday entitlement, the challenges which this presents to umbrella companies as well as possible solutions, and they will explore the ongoing case of Harpur Trust v Brazel (“Brazel”) which is expected to be considered by the Supreme Court towards the end of this year.

In order to consider the correct approach to the calculation of annual leave and holiday pay for umbrella employees, the first step has to be to remind ourselves of the current statutory framework upon which all cases about holiday pay, including Brazel, are based.

Workers and employees in the UK are entitled to 5.6 weeks’ paid holiday per year. This 5.6 weeks is made up of 4 weeks’ entitlement set by European legislation (the Working Time Directive or “WTD”) and an additional 1.6 weeks’ entitlement under UK legislation (the Working Time Regulations 1998 (“WTR”)). Essentially, whilst EU law stipulates that workers must receive a minimum of 4 weeks’ paid holiday per year, the UK government went further and granted all workers a more generous entitlement under domestic law. Whether the holiday pay legislation in the UK will be amended following Brexit remains to be seen, but for now, the legal position remains as set out in this article.

Under the WTR, workers are entitled to be paid during periods of holiday at a rate of a week’s pay for each week of leave, calculated in accordance with the “week’s pay” rules contained in the Employment Rights Act 1996 (“ERA”).

Step one – calculating the amount of annual leave (time off)

For someone who works a typical 5-day week, 5.6 weeks’ holiday equates to 28 days (5.6 x 5). It is known in advance at the start of the holiday year what the worker’s full holiday entitlement for the year will be (in days).

However, the fact that the legislation expresses holiday entitlement in terms of weeks raises particular problems for temporary workers who tend to work different numbers of days or hours in each week or month, making it difficult to determine exactly what ‘a week’s holiday’ looks like. It is also virtually impossible to know at the start of the holiday year what the worker’s holiday entitlement for that year will be. For example, if an umbrella employee works 3 days on assignment one week, 4 days the next and 5 days the week after that, then they request “a week off”, how many days’ holiday would that equate to? And by extension, how much holiday pay should they receive?

Unfortunately, the WTR do not address how to deal with this issue. It is important to remember that the WTR came into force in 1998, over 20 years ago. Since then, ways of working have changed significantly, from traditional 9-5 roles to highly flexible app-based working (think Uber and Deliveroo) and temporary, contingent labour offerings. The fact is that the WTR simply never envisaged the modern way of working and, as a consequence, are not fit for purpose when it comes to setting out a clear basis for calculating holiday entitlement for atypical workers.

In light of this uncertainty, a calculation has become widely adopted by employers such that for temporary workers with variable working patterns, their holiday entitlement is calculated retrospectively, and they are deemed to accrue holiday (i.e time off) at a specified rate for each hour that they work. Typically, employers use the accrual rate of 12.07% of hours worked. So, for each 100 hours worked, an agency worker accrues 12.07 hours’ paid holiday entitlement.

Essentially, using this accrual calculation, the worker’s holiday entitlement for the year is pro-rated by reference to their actual working time. That calculation is therefore fairly accurate where an employee works during all weeks in the year which aren’t holiday weeks. But what about employees who have weeks where no work is done, such as agency workers who are in-between assignments, or teachers who typically only work for around 39 weeks of the year (i.e term time)? If it is accepted that such individuals continue to “accrue” holiday during weeks when they are not working (which is a question which will be explored in subsequent articles in this series), then the accrual percentage becomes inaccurate because during weeks in which no work is done there are no working hours on which the 12.07% calculation can bite: 12.07% of nothing, is nothing. This means that such workers would not be deemed to have accrued any holiday in weeks during which they have done no work. This issue forms the basis of the Brazel claim which will be considered separately in the next article.

Even setting aside the difficulties highlighted above, it is important to remember that the percentage accrual calculation is a rule of thumb. It is not set by legislation and is open to challenge. It was previously recommended in the Acas booklet Holidays and holiday pay if a worker works “on a casual basis or with very irregular hours”, but that booklet has since been deleted.

If it is acknowledged that there are potential inaccuracies inherent in using the 12.07% method, what are the alternatives?

As set out above, because the WTR refer to the concept of a ‘week’s leave’ – as opposed to days – it has long been a problem to determine what in fact constitutes a ‘week’s leave’ for employees who work different numbers of hours per week.

The latest government guidance, “How to calculate holiday entitlement for workers on different types of contract”, agrees that the WTR do not set out how to convert a weekly entitlement into days or hours for those working on a casual basis or with irregular hours. It suggests that, “in practice, if needed, employers may wish to calculate average days or hours worked each week based on a representative reference period, although the [WTR] do not expressly provide for this”. Adopting this approach, a week is treated as being equal to the average number of days or hours worked per week over a reference period (say, the last 12 weeks).

On that basis if an umbrella employee has worked 39 days over a 12-week period, an average week would be 39 days divided by 12 weeks, which equals 3.25 days per average week. The employer could then treat a day’s leave as 1 divided by 3.25 which equals 0.31 of a week (and pay 0.31 times an average week’s pay for that day’s leave). That would mean that the employee’s remaining holiday entitlement would be 5.6 – 0.31 = 5.29 after that one day off. In this calculation, if there are weeks in which the worker does no work, these should be taken out of the equation when working out the days worked in an average week. This method should ensure that the worker receives the equivalent of an average day’s pay for each day’s leave.

However, while this may be attractive for the worker, it creates a very significant administrative burden for the employer as a separate calculation needs to be done each time the worker takes a holiday. It also makes it difficult to pass on the holiday pay cost down the chain, because the amount of holiday pay payable is not known until the worker requests to take leave.

An alternative option which could minimise the problem, is by requiring umbrella employees to take their holiday in whole weeks. For each week, the employee would be paid a week’s pay based on the usual calculation under the Employment Rights Act 1996 (see below). Requests for odd days off could still be granted, but could be treated as unpaid non-working days (which, for an agency worker with no guaranteed working hours, should not cause any legal issues assuming their contract does not guarantee a minimum amount of paid work per week). However, as the minimum annual leave entitlement is 5.6 weeks, this does still leave the question of how the employer treats the remaining 0.6 weeks’ leave. This could be dealt with by using the calculation suggested above, or simply requiring the worker to take a week’s leave with 0.6 of a week’s pay (with the remaining 0.4 of the week being treated as unpaid non-working time).

However, it is not possible to say whether either of these approaches are legally compliant, because the WTR simply do not address what fraction of a week equates to one working day for a person with irregular hours, and there is no case law on point. However, provided the employer pays the fraction of a week’s pay that matches the fraction of a week’s leave used up, then there should be little objection from the workers. The real difficulty lies in the administrative burden on the employer and the difficulty for umbrella companies to calculate the holiday pay cost to be passed on to the client. That is why the 12.07% method is so attractive.

Under the WTR, workers are entitled to be paid during periods of holiday at a rate of a week’s pay for each week of leave, calculated in accordance with the “week’s pay” rules contained in the Employment Rights Act 1996 (“ERA”).

The calculation of holiday pay under the ERA depends on whether the employee has “normal working hours” or not. Unhelpfully, this is not defined. However, it is generally accepted that the starting point for assessing whether someone has normal working hours is their contract.

For the purposes of this series of articles, we are going to assume that most umbrella employees have no normal working hours.

If a worker does not have “normal working hours”, a week’s pay is calculated as an average of all remuneration earned in the previous 52 weeks, or the number of complete weeks the worker has been employed, if less than 52. Weeks in which no remuneration is payable are ignored, and earlier weeks are brought into account, up to a maximum of 104 weeks before the relevant date.

We are aware that in reality, most umbrella companies calculate holiday pay using the same percentage “accrual” figure as for calculating holiday leave (i.e 12.07% or some other relevant figure as per our comments above). Again, this calculation is not set by legislation and is open to challenge, but we appreciate the need to calculate it in this way in order to be able to pass that cost onto the client while the individual is on assignment and generally speaking, it produces a similar result to calculating holiday pay under the “no normal working hours” rule in the paragraph immediately above.

However, as already explained, using the 12.07% accrual method, the worker’s holiday entitlement and holiday pay is pro-rated by reference to their actual working time; the method does not factor in periods where no work is done, such as periods in between assignments when the employees remains employed under an overarching contract of employment. The million-dollar question, therefore, is do umbrella employees continue to accrue holiday when they are not working, or do they only accrue holiday entitlement in proportion to the number of hours actually worked on assignment? We will consider this question further in our next article, when we will also analyse the facts of the Brazel case and its relevance to the umbrella industry.

This article was written by Brabners LLP.